When I was about nine years old, there was this song on all the time called "April in Portugal." Sixty years later I got there.

Fun Facts: the song was written by Raul Ferrão as a fado titled "Coimbra" in 1947; English lyrics were by Jimmy Kennedy; in 1953 it was recorded by Louis Armstrong, Lex Baxter, Vic Damone, Eartha Kitt and Dick Hyman.
Read More 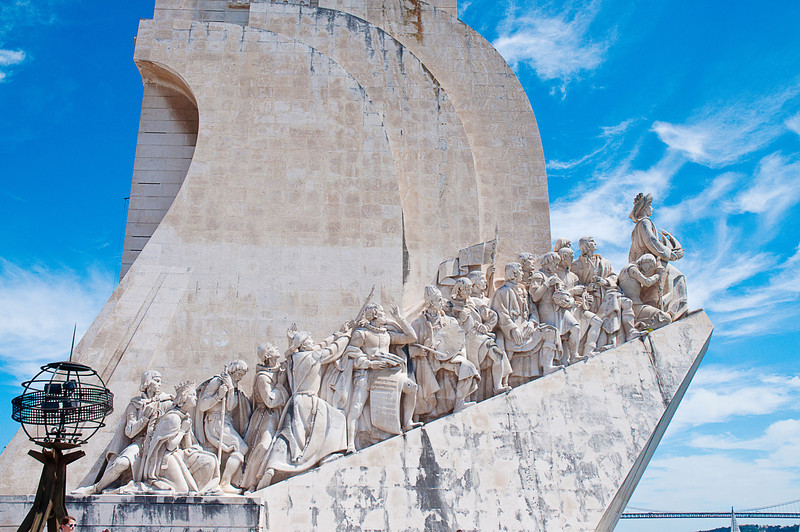 The Padrão dos Descobrimentos -- Monument to the Discoveries -- looks out on the the Tagus River bank from which ships departed to explore and trade with India and Orient during the 15th and 16th centuries.

Modeled after a temporary predecessor built for the 1940 Portuguese World Fair, the current structure in cement and limestone was completed in 1960.