I visited this place several times as a child and it did not make much of an impression. Coming back 60 years later I had a different perspective.
Read More 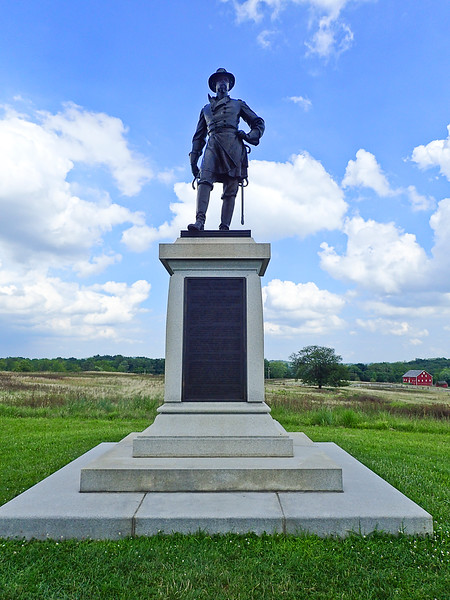 As the Confederates launched the massive artillery barrage to prepare for the infantry assault, General Alexander Webb made himself conspicuous to his Philadelphia Brigade, many of whom were unfamiliar with their new commander.

He stood in front of the line and leaned on his sword, puffing leisurely on a cigar while cannonballs whistled by and shells exploded all around. Although his men shouted at him to take shelter, he refused and impressed many with his personal bravery.

During the final Confederate charge he personally took part in the counter attack and was severely wounded, earning the Medal of Honor.